From Chicks on the Right

According to Juan Williams, if you’ve lost your health insurance under Obamacare (you know, that stuff that Dear Leader said you could keep if you liked it), it’s TOTALLY not a big deal, you big drama queens.

So, to recap – Juan doesn’t care if you’ve lost YOUR insurance.  He just cares that other people who didn’t have insurance before now have crappy insurance that’s unsustainable and that’ll eventually bankrupt us all. 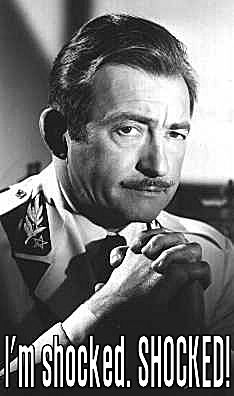 “The most Transparent administration…. EVER!”

Or, as the folks who line their pockets at our expense might say: “We are the ones we’ve been waiting for.”

Well, according to the NY Times, most Americans are accumulating debt faster than they are accumulating savings for retirement. Remind you of anything in the news recently…. say, the National Debt?

Most Americans accumulating debt faster than they’re saving for retirement

By Michael A. Fletcher, Published: October 23

A majority of Americans with 401(k)-type savings accounts are accumulating debt faster than they are setting aside money for retirement, further undermining the nation’s troubled system for old-age saving, a new report has found.

Three in five workers with defined contribution accounts are “debt savers,” according to the report released Thursday, meaning their increasing mortgages, credit card balances and installment loans are outpacing the amount of money they are able to save for retirement.

For more of the article: http://www.washingtonpost.com/business/economy/many-americans-accumulating-debt-faster-than-theyre-saving-for-retirement/2013/10/23/b7a9c85e-3b3e-11e3-b6a9-da62c264f40e_print.html 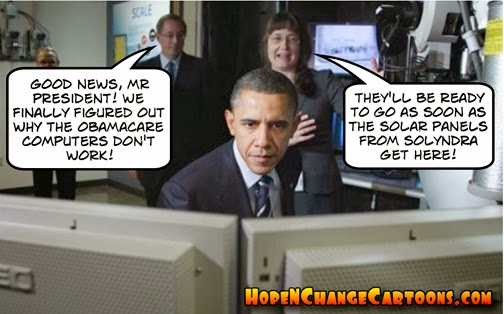 Here and abroad, Obama’s partners are concluding they cannot trust him. 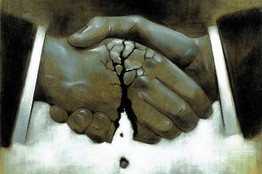 The collapse of ObamaCare is the tip of the iceberg for the magical Obama presidency.

From the moment he emerged in the public eye with his 2004 speech at the Democratic Convention and through his astonishing defeat of the Clintons in 2008, Barack Obama’s calling card has been credibility. He speaks, and enough of the world believes to keep his presidency afloat. Or used to.

All of a sudden, from Washington to Riyadh, Barack Obama’s credibility is melting.

Amid the predictable collapse the past week of HealthCare.gov’s too-complex technology, not enough notice was given to Sen. Marco Rubio‘s statement that the chances for success on immigration reform are about dead. Why? Because, said Sen. Rubio, there is “a lack of trust” in the president’s commitments.

“This notion that they’re going to get in a room and negotiate a deal with the president on immigration,” Sen. Rubio said Sunday on Fox News, “is much more difficult to do” after the shutdown negotiations of the past three weeks.

Sen. Rubio said he and other reform participants, such as Idaho’s Rep. Raul Labrador, are afraid that if they cut an immigration deal with the White House—say, offering a path to citizenship in return for strong enforcement of any new law—Mr. Obama will desert them by reneging on the enforcement.

When belief in the average politician’s word diminishes, the political world marks him down and moves away. With the president of the United States, especially one in his second term, the costs of the credibility markdown become immeasurably greater. Ask the Saudis.

Then there is Mr. Obama’s bond with the American people, which is diminishing with the failed rollout of the Affordable Care Act. ObamaCare is the central processing unit of the Obama presidency’s belief system. Now the believers are wondering why the administration suppressed knowledge of the huge program’s problems when hundreds of tech workers for the project had to know this mess would happen Oct. 1.

Rather than level with the public, the government’s most senior health-care official, Kathleen Sebelius, spent days spewing ludicrous and incredible happy talk about the failure, while refusing to provide basic information about its cause.

Voters don’t normally accord politicians unworldly levels of belief, but it has been Barack Obama’s gift to transform mere support into victorious credulousness. Now that is crumbling, at great cost. If here and abroad, politicians, the public and the press conclude that Mr. Obama can’t play it straight, his second-term accomplishments will lie only in doing business with the world’s most cynical, untrustworthy partners. The American people are the ones who will end up on the short end of those deals.