“This is a parody site! It is not a real government website, but it has had more views than Healthcare.gov.”

Make sure that you attempt to fill out the forms… the selections are hilarious.

hat tip: Chicks on the Right

Sunday, October 27, 2013
Review – Out of the Mountains: The Coming Age of the Urban Guerrilla
Posted by Chris Rawley

David Kilcullen’s new book, Out of the Mountains, is based on the premise that demographic trends and the democratization of technology will force many, if not most, future wars into highly connected, densely populated, littoral areas. And whether or not Western militaries currently have any intention of fighting in those sorts of conflicts, history demonstrates we will. Efforts that begin as humanitarian assistance or noncombatant evacuation may overlap areas of complex urban conflict. Even during state-on-state wars, irregular operations in urban terrain will feature prominently. These conflicts, regardless of the form they take, will share several characteristics.

Through a series of vignettes that include Somalia, the Mumbai attacks, and the Arab Awakening, the author shows how urban-littoralized battles are occurring in increasing frequency and involve not just local, but international actors. Whereas I provided a Reader’s Digest version of the new phenomenon of networked urban “flash” insurgencies in UW 2.0, Kilcullen lays out in significant detail how soccer hooligans, social media, and online activists became the action arms in the revolutions that rapidly toppled Arab governments earlier in the decade, and how these same types of actors will impact future urban conflict. 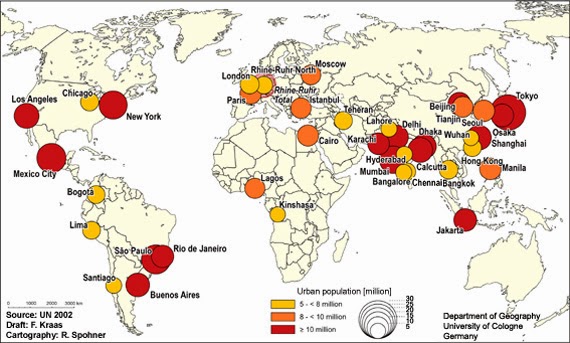 Rather than a static terrain feature, Kilcullen sees urban areas as organisms, with people, goods, money, etc. flowing through that system at various rates similar to the way a metabolism regulates the flows of nutrients through a living being. In keeping with the biological analogy, terms such as infestation and parasite illustrate how transnational criminal networks or occupying militaries might respectively interact with and change a city. Examination of this same model from the perspective of licit and illicit maritime traffic flowing through ports and densely populated coastal regions might be a useful research subject.

There is value in this book for a range of audiences; urban planners, diplomats, NGOs involved in conflict resolution, Marines, and special operators can all take away something from Kilcullen’s field research and analysis. For naval observers, the appendix, in which the author discusses some capabilities required by military forces operating in and around networked urban environments, might be the most interesting part of the book. Kilcullen questions some of the assumptions behind current Naval/Marine Corps doctrine including the ability to bypass urban areas with vertical lift and the validity of sea-basing, although he notes that expeditionary logistics are as important as ever.
He stresses the need for new tactical organizational constructs and that properly selected, trained, and trusted junior officers and NCOs will be paramount in these conflicts. “In a coastal urban setting, the complexity of the environment will demand this level of trust right from the outset.”

Chilean growers exported about 282 million boxes of fruit last year, and experts believe that exports will fall short of that by about 50 million boxes for this year. However, when production increases are taken into account, the total frost damage to fruit production could be closer to 60 million or 65 million boxes.

The wine industry was hit hard by the frost as well.

Estimates put the total damage to Chilean crops at $1 billion. Reuters reports that between 35 percent and 61 percent of stone fruit crops were damaged, 57 percent of almonds, 48 percent of kiwis and 20 percent of grapes. The U.S. imports about 42 percent of the country’s grapes.

“These frosts are the worst that agriculture has faced in 84 years, impacting the area from Coquimbo to Bio Bio,” the National Agricultural Society said.

From Chicks on the Right

According to Juan Williams, if you’ve lost your health insurance under Obamacare (you know, that stuff that Dear Leader said you could keep if you liked it), it’s TOTALLY not a big deal, you big drama queens.

So, to recap – Juan doesn’t care if you’ve lost YOUR insurance.  He just cares that other people who didn’t have insurance before now have crappy insurance that’s unsustainable and that’ll eventually bankrupt us all.

Well, I determined that Jon was sleeping too soundly last night and barked until he woke up to let me go out. While he was waiting on me, apparently he turned on SNL, and here’s what I saw when I got back in the house:

How To Sign Up For Obamacare (Kathleen Sebelius… by IdolxMuzic

I’m starting to think that this ObamaCare thing isn’t going away for a while.

Yesterday, Nancy had to go to Boston for a class, and I bugged Jon to take me along.
As you may-or-may-not know, all us Doodles LOVE A CAR RIDE! 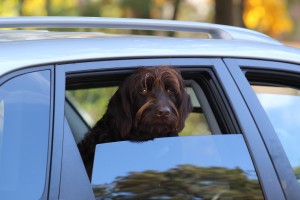 So, after dropping “The Boss” off, Jon and I parked the car and I rode in my first elevator (wow… an interesting experience…), we headed over to the Boston Public Gardens. 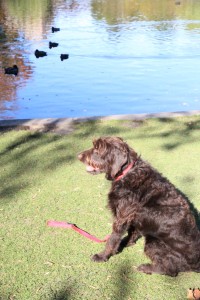 The flowers were still in bloom: 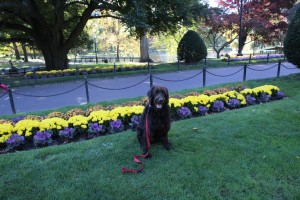 You could tell that the Red Sox are in the World Series; a lot of people wore BoSox caps and sweatshirts. Even the statue of George Washington was suitably attired. 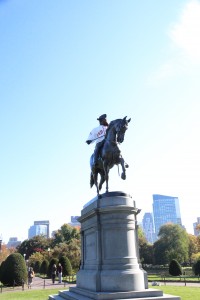 We ended up walking over most of Back Bay, stopping at The Wired Puppy (http://www.wiredpuppy.com/) for a muffin. I almost got into a fight with another dog, but Jon pulled me away. In respective, I probably ought to thank Jon… the other dog was a pretty mean-looking dude. Anyway, we went outside, where I ensured that any crumbs falling to the ground were gobbled up before the birds could get to them. 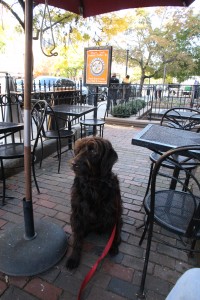 A great day to be a dog! 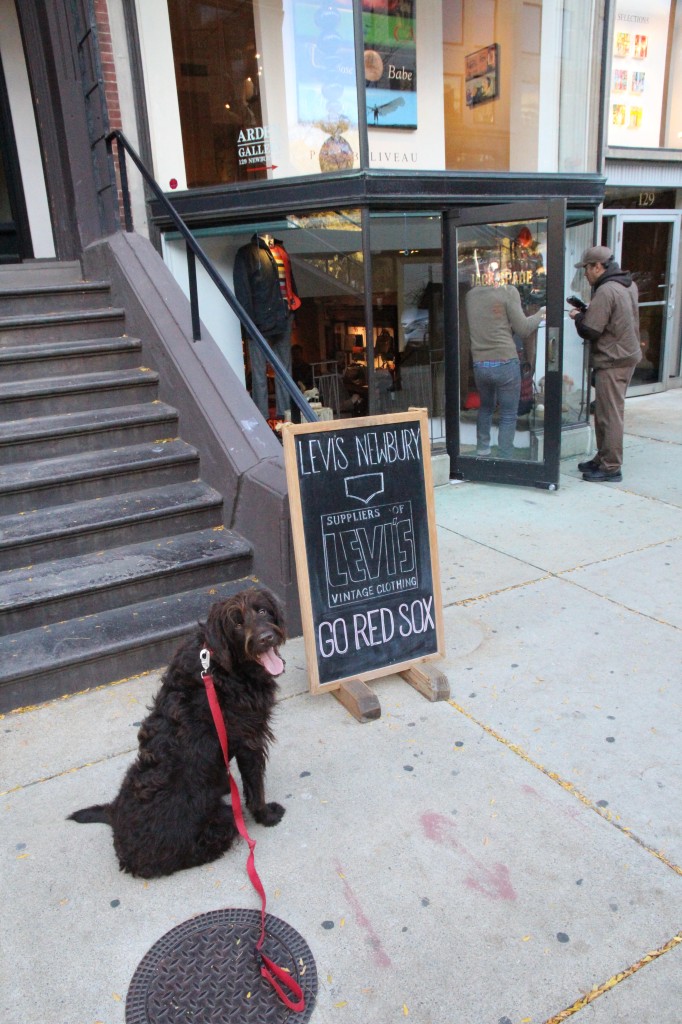