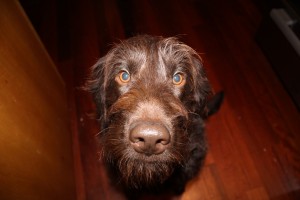 He claims he’s somewhat smart, though his friends say that he’s not as smart as he thinks.  Jon will tell you that he graduated at the top part of his class at the United States Military Academy, but he may not tell you that he graduated in the top part of the bottom fourth.  He also received a Masters of Science from Johns Hopkins, and is a working Systems Engineer for a Defense / Research company.

Jon’s the kind of guy who is still searching for answers, even though he thinks he’s got a pretty good handle on the fundamentals in life.  Don’t hesitate to challenge his thinking.  If you do so in a semi-respectful manner, I’m pretty sure that he’ll do his best to give your opinions fair consideration.  But don’t expect to win arguments without facts and logic; he tends to laugh at folks who merely bring emotion to the marketplace of ideas.

By the way, you may find me commenting upon his rants from time to time.  Even though he feeds me, he doesn’t get a free pass from the folks in THIS household.  Respect must be earned… every day.

Hope you enjoy the site.